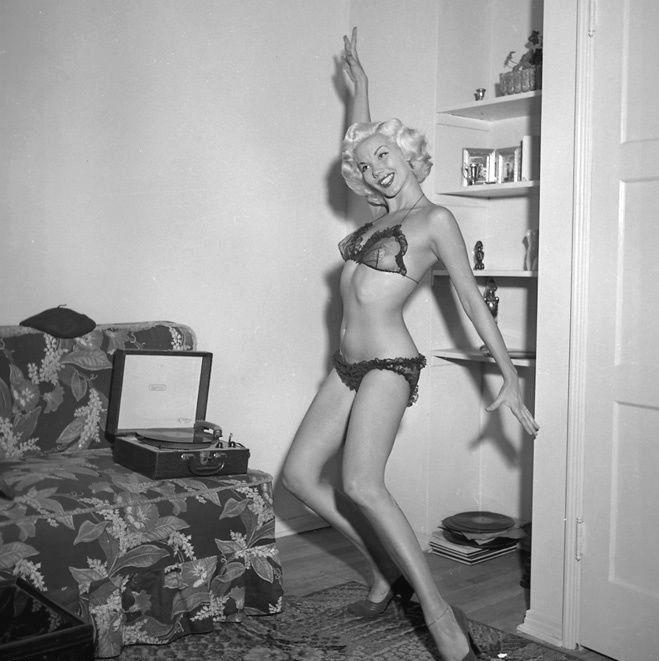 And Now for The Particulars:

In 1989, Celia was a member of a band called “Tarnished Gallahad”. They toured Ontario and Manitoba until they disbanded in 1996. That’s when Celia met guitarist and songwriter Mark Stewartson and formed the band Roundhouse. Invisible Inc. was then formed soon after and released a CD entitled Poor Folks Welcome (2000). Invisible Inc. played clubs in southern Ontario for several years and also embarked on a tour of the United Kingdom. The band broke up in 2001 and Celia went solo, releasing his first album Organica in 2002.

Royal Canoe formed in 2010 merging members from different Manitoba bands: The Waking Eyes, The Liptonians and TELE.  In 2014, Royal Canoe was nominated for Alternative Album of the Year at the Juno Awards for Today We’re Believers.

In 1992, Peart was invited by Buddy Rich's daughter, Cathy Rich, to play at the Buddy Rich Memorial Scholarship Concert in NYC.

Peart became a friend and pupil of jazz instructor Freddie Gruber (May 27, 1927: October 11, 2011) where he changed his style incorporating more of a natural swing induction into the Modern Drummer Hall of Fame in 1983, making him the youngest person ever so honored.

This Timmins Ontario band were big in “Town” in 1966 after releasing two singles on the Dominion Records label. Oddly enough, Stompin’ Tom would eventually sign a contract with this label in 1967, re-releasing his first two Tom Connors albums which were originally released on Rebel Records. He and his partners would later buy up some of the Dominion catalogue and released a lot of it on their Boot Records label circa 1971. Unfortunately, The Fallen Leaves were left fallen on the ground although their songs have appeared on different compilation CDs. They were one of Shania Twain’s inspirations growing up in Timmins.

In Toronto it was the Ugly Ducklings; in Montreal it was The Haunted. Both bands were in the Mick Jagger mode, expanding into psychedelic territory. Over the years, The Haunted went through at least 17 musicians, releasing 7 singles and two albums.

Guitarist Jurgen Peter: "In Canada, in the early '60s, there was no such thing as a commercial music industry. The DJ's played only American records and it was common knowledge that they lived off "payola" from the record companies. When we, The Haunted, started to play as a band in the Montreal area, there was no way to get a recording contract, no one to play your records, no booking agency to book us, no large shows and paying gigs to play at, no music magazine or anything like it to promote a local band.

"I had to scout out large halls and skating arenas and rent them from the local communities for a Friday night dance. I soon found out that if you hired the local DJ to be the master of ceremonies at your show, and gave him a percentage of the gate, he would plug that show all week long without having to buy airtime at a ridiculous price, and if you did have a record, he would actually play it on the air.

"I also realized that I needed a 'vehicle' that would promote The Haunted so I got together with one of our Montreal DJs, Dave Boxer from CFCF and formed a bi-weekly music paper ('Music Trend') and a booking agency (Groups And Sound Service aka GASS)."

It’s interesting to note that while this was a pretty good song, most people who bought the 45 most likely played it only once because on the other side was a massive hit song, Don’t Let The Sun Catch You Crying. Fortunately for Canadians, Capitol Records of Canada released this as part of their 72000 series of releases.

Hawkins became a regular on WWVA Jamboree from 1945 to 1954 in Wheeling, West Virginia. In 1946, he signed a recording contract with King Records in Cincinnati, Ohio. His first two recordings with King, "Pan American" and "Dog House Boogie", were top ten country hits.

On March 5, 1963, after finishing a gig with Patsy Cline and Cowboy Copas, Hawkins was killed in a devastating plane crash with them. In 1962 he recorded his biggest hit, "Lonesome 7-7203". It first appeared on the Billboard country chart as a March 2, 1963 release, three days before Hawkins died. The song was taken off the charts for the two weeks following his death, but re-appeared on March 23 and spent 25 weeks on the chart, four of them at No. 1, an accomplishment that eluded him in life.

Produced by Jimi Hendrix, this was the only album he produced by another band. The association with Hendrix came through the band meeting him in New York City. Cat Mother was initially managed by Michael Jeffery, who also managed Hendrix. . (Jeffery was and remains a controversial figure. He died in 1973 in a mid-air collision over Nantes, France, whilst aboard an Iberia Airlines DC-9.) Cat Mother opened for Hendrix on several occasions, as a result. Other notable early appearances included playing at the Toronto Rock and Roll Revival, September 13, 1969

Communiqué, the second album released by Dire Straits, became the first album ever to enter the German charts at number one in its first week of release while their debut album was still at the number three position. Still, the album suffered from the sophomore effect as many critics claimed that Communiqué sounded like an album of second rate songs cut from their first LP.

Ariel Records was a label owned by band members James Paul Cassar, Peter Cassar and Timothy Chipman. The Foxrun Band appears to have been a side project to their main band, Darkstar, which released two albums and six singles during the 1977-1981 period. Darkstar was a Toronto three-piece who released an independent single in 1977 called 'Holy Roller'. Their debut album was 'Into The Heartland' in 1978 on their own Ariel Records. Their sophomore release was 1980's 'Escape Routines'.

The first Foxrun Band album You're Invited came out 1979 and featured Margo Davidson on sax.

Before being struck down with cancer, MacIassac released 2 lps worth of material. She was really starting to make a name for herself when she succumbed to the disease in 1991.

This was the first ever live simulcast (A live concert that is carried simultaneously by radio and television), in Stereo, ever made in Canada, broadcast live by CHUM-FM in Toronto. They chose their venue wisely: the iconic Shuter Street building called Massey Hall, scene of some other magnificent live recordings. Jazz at Massey Hall with Dizzy Gillespie, Charlie Parker, Charles Mingus, Max Roach and Bud Powell is legendary. Gordon Lightfoot and Neil Young have recorded there. And so did Rush!

Formed in November 1963 as The Trendsetters, and became The Hedgehoppers the following year. Jonathan King took over their record production in 1965, and added Anonymous. Band members were Royal Air Force personnel based at RAF Wittering, near Peterborough, England (Hedgehoppers was RAF slang for low-flying planes).  Producer Jonathan King had his own hit in 1965: Everyone’s Gone To The Moon

Originally released on Tower Records in the US, producer Ed Cobb wrote the song after a visit to Boston, during which he was robbed on a bridge over the Charles River. The bands name was created by Larry Tamblyn, derived from standing around booking agents' offices trying to get work.

dirty Water was the band’s only real hit song. Although none of the Standells had been to Boston before the song was released, the city adopted the song as its own. In 1997, "Dirty Water" was decreed the "official victory anthem" of the Red Sox, and is played after every home victory won by the Boston Red Sox. Although it’s played at Fenway Park regularly, the band make no royalties from it since it was written by Cobb. Still, it’s a song that The Standells are extremely proud of.

1975 autobiographical album Captain Fantastic and the Brown Dirt Cowboy debuted at number one in the US, the first album ever to do so, and stayed at the top for seven weeks.

This song was written to the tune of traditional Scottish folk song, Wild Mountain Thyme

“Every cliché about early psychedelic rock poetry, for good or bad, starts here.”

“March Of The Flower Children” seems to be a report from among the new day-glo hippies and their weird new carnival. Colors, dragons, castles, clowns, and a call to arms that underscores a generation gap ten thousand miles wide

There’s a great article in the May 2020 edition of Mojo Magazine, interview with Art Garfunkel. The song was included on the LP Parsley, Sage, Rosemary and Thyme.

Willie was a music nerd from a very young age. Except for the fact that he hated fiddle music when he was a boy (often hiding in a cupboard and turning the vacuum cleaner on to avoid hearing Don Messer’s Jubilee on his parent’s TV), he returned to the feel of traditional music, playing guitar, mandolin and harmonica in various bands while still concentrating on his solo career. He played harmonica with London Ontario’s bluegrass band The Dixie Flyers and was in Fred Eaglesmith’s back-up band, The Flying Squirrels, playing mandolin for many years.

As a teenager Eaglesmith hopped a freight train to Western Canada and began writing songs and performing. He recorded 3 lps in the 1980s before moving into the cassette and CD era. He was associated with Scott Merritt who has produced many of Eaglesmith’s albums. This links Eaglesmith back, through Merritt to Daniel Lanois and Brian Eno.

A Pete Seegar folk song that has been recorded by Peter, Paul & Mary, The Searchers, Bobby Darin, Vera Lynn, Joan Baez, The Four Seasons, Flatt and Scruggs, Marlene Dietrich, Roy Orbison, The Chambers Brothers etc. It was even covered by Bernie Sanders  on his 1987 album We Shall Overcome. The Kingston Trio recorded the song in 1961. Believing it to be a traditional song, they claimed authorship, although upon notice from Seeger they had their name removed and credited to Seeger and Joe Hickerson.

Cash was in a band (L’Etranger) with Charlie (Chuck) Angus in the early 80s before forming The Andrew Cash Band and signing to Island Records. Meanwhile, Angus started his own band, The Grievous Angels, in 1987 and won election to the House of Commons in 2004. Later, Andrew got elected and was a Member of Parliament (MP) from 2011 to 2015. This probably makes them the only MPs ever elected that were in the same punk band together.

You must know that two of the Turtles went onto to sing in the Mothers Of Invention, right? Mark Volman and Howard Kaylan took on the Zappa-esque names The Florescent Leach and Eddy. Reason being: they were not allowed to use the name Turtles or their original names due to a contract signed when they were young and foolish until lawsuits were settled in 1985. This track shows how The Turtles were influenced by Zappa’s psychedelic sense of the bizarre. For a band, that was primarily a pop act not very far removed from what became ‘bubblegum music’, this is truly revolutionary.