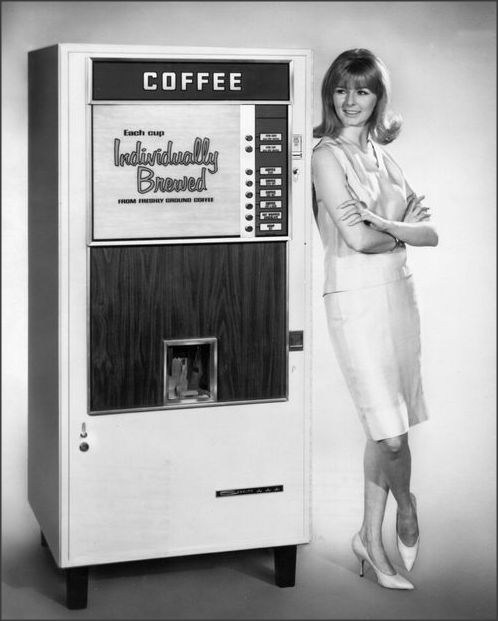 And Now for The Particulars:

Synonymous with 2001: A Space Odyssey, is considered to be a tone poem, composed in 1896 and inspired by Friedrich Nietzsche's philosophical novel of the same name. The first recording was made in 1935 with Serge Koussevitzky and the Boston Symphony Orchestra. The recording of the opening fanfare used for the film 2001: A Space Odyssey was performed by the Vienna Philharmonic and conducted by Herbert von Karajan. It was the opening of an entire symphonic piece.

Note that there were two 2001: A Space Odyssey albums produced: the first album was the actual soundtrack and the second one featuring music that Stanley Kubrick considered using for the film.

Lithman came up through the British blues scene and moved to San Francisco in 1971. There he became associated with the avant-garde group The Residents. It is said he was given the name 'Snakefinger' by The Residents after looking at a photograph of Lithman in which his finger looks like a snake about to attack his violin. He performed and recorded with The Residents as Snakefinger and The Vestal Virgins. During a routine gig in Linz, Austria he suffered a heart attack and died at the age of 38. His new single "There's No Justice in Life" was released on the same day as he died.

From the first Pink Floyd LP, Piper At The Gates of Dawn, this is the only track on it that really illuminates what Pink Floyd were all about in 1967 during the Syd Barrett inspired underground. Many of the band’s songs turned into 20 minute psychedelic raves unlike the 3 or 4 minute tracks contained on the rest of the album. In fact, the Floyd had to fight producer Norman Smith to include Interstellar on the album. This is a different take than the one that appeared on Piper.

After the original King Crimson ended around 1975, Fripp really wanted to put another band together (after his gig with The League of Gentlemen). He recruited his players and announced that the band would be called Discipline but later gave in and used the King Crimson name.

Discipline is the eighth studio album by English progressive rock band King Crimson. While not one of the bands best received albums, reviewers praised the pairing of electric guitar players Adrian Belew and Robert Fripp. With a rhythm section featuring Tony Levin and Bill Bruford, what could go wrong? It was just too far out there for most people to enjoy.

Song first appeared on 1980 album with Brian Eno entitled Fourth World Vol 1: Possible Musics. Fourth World Music is a term he created to describe the sound that is a fusion of primitive and futuristic.

Music & Rhythm was an album released by the WOMAD organization in the UK. He performed this piece at a gig at the Ontario College of Art and Design on the 13th and 14th of November, 1982, around the time that Brian Eno was working with Daniel Lanois at Grant Avenue Studios in Hamilton, so they were both around to record at that time. They did another gig at OCAD on December 4, 1982 as well. So this piece was recorded at one of those two sessions.

Mike Waite is currently the owner and man (with the beard) behind the counter at Mike’s Music on The Danforth in Toronto. He played bass in Toronto band Breathless, featuring a young Nash The Slash, and briefly managed FM. This was his only solo album release.

This Vancouver band started out in the later part of the 1960s as a joke, with only one guy who could actually play. Over the next year they put together a real band and released One Ring Jane as a single in the US but it wasn’t promoted. That was when they formed their own Duck Records and recorded their first album featuring a re-recorded version of One Ring Jane. Bonded with the San Francisco music scene, the album did rather well considering it didn’t get much airplay. They went on to tour with the Yardbirds, Alice Cooper, opened for Cream and Deep Purple before calling it quits in the early 1970s.

Psychedelic performers, Rockadrome formed in Toronto in 1968 – were given free studio time by Art Snider (one of Canada’s recording pioneers); in exchange, the band had to back his wife on her syrupy album The Allen Sisters. Everything comes with a price! This was from their only album.

Great versions of this Dylan / Danko song by The Byrds as well as The Band. Originally recorded by Dylan and the Band during their 1967 basement sessions, The Band released their own version of it on their 1968 album, Music from Big Pink. They subsequently re-recorded it live on Rock of Ages. According to Rick Danko: Danko recounted how the song was written: "We would come together every day and work and Dylan would come over. He gave me the typewritten lyrics to 'This Wheel's On Fire'. At that time I was teaching myself to play the piano.... Some music I had written on the piano the day before just seemed to fit with Dylan's lyrics. I worked on the phrasing and the melody. Then Dylan and I wrote the chorus together."

In 1968, a version by Julie Driscoll with Brian Auger and the Trinity became a hit in the UK. The Byrds released their recording of  it on their 1969 album, Dr. Byrds & Mr. Hyde. In 1987, the song was covered by the British rock band Siouxsie and the Banshee. It has also been recorded by Phil Lesh, Golden Earring, Elvis Costello, the Hollies, Ian and Sylvia,  Leslie West, Serena Ryder, and June Tabor.

The band formed by wife and husband team of Julie Kendall and Brent Hugh in 2004. This album came out in 2009 and was nominated for a Juno Adult Alternative Album of the Year in 2010. I’m not too sure exactly when they put the vinyl out but I’m glad they did.

The band was formed in Sweden in 1998 by 3 childhood friends as a hobby. Fields was their first full length LP. They have been quite successful recording music for films and TV shows.

The band's original 1976 lineup consisted of two people: Cameron Hawkins on synthesizer, occasional bass guitar, and lead vocals, and Jeff Plewman (later known as Nash The Slash) on electric violin, electric mandolin, and backing vocals. The group did not use guitars until the mid 1980s after Nash had left the band.

The Market only put out two stellar albums before its leader, Luke Gibson, decided to go solo. They were so far ahead of their time! The first rock band to utilize the services of a dedicated Moog Synthesizer player (John Mills-Cockell) on their second album. Eugene Martynec was later hired to produce records for the fledgling True North Records label, producing output for all Bruce Cockburn’s albums in the 70s.

Space Rock specialists Hawkwind recorded three albums with Lemmy before sacking him after he suffered a drug bust in 1975 while trying to cross into Canada at the Windsor, Ontario border. (He served 5 days in jail and was released without charge). He once said:

"I did like being in Hawkwind, and I believe I'd still be playing with them today if I hadn't been kicked out. It was fun onstage, not so much offstage. They didn't want to mesh with me. But it was a great band.”

Dennis Eugene McCrohan aka Dennis Edmonton b. Oshawa ON April 21, 1943

Best known for his song Born To Be Wild, he (and his brother Jerry) were both members of Toronto band The Sparrow, backing up Jack London. In 1965 John Kay joined the band and a couple of years later, they all moved to California to start up a new band called Steppenwolf. However, Dennis Edmonton decided to go the solo singer-songwriter route, writing great songs, some of which were covered by Steppenwolf. He put out two solo albums in the late 1960s, including Faster Than The Speed of Life. He was awarded the Cultural Impact Award by SOCAN in 2015

Originally formed in 1976 by veteran English musician Mick Jones and fellow Briton and ex-King Crimson member Ian McDonald, along with American vocalist Lou Gramm. Members were from UK, Canada and the US,

Skylark formed from the ashes of one of Ronnie Hawkins' many back-up groups.  The Writing’s On The Wall was actually the B side of Wildflower which went to No. 1 in Canada and made Billboard magazine's Top-10. The single would go on to sell over a million copies. The band featured some prime players including David Foster and Donny Gerrard who did backing vocal work for Elton John, John Fogerty and Donna Summer. Bonny Cook was married to Foster for several years and went on to write the lyrics to theme songs for the TV shows like 'Night Heat'

Originally known as The Suspects, a Toronto punk band. After signing with Capitol Records they did a make-over, lots of hair spray, and became The Deserters, a new wave band. They released two albums before calling it a day in 1983.

I went to a little city in England called Ludlow a few years ago and was introduced (in a pub, of course) to Benet Walsh. He was excited to tell me that he just put out some vinyl with Plaid, got up and ran across the road to his flat and returned with a double LP copy of The Digging Remedy for me. The following January Plaid made it to Toronto. Nice connection to make, just on a whim. I mean, why Ludlow?

Chimo! (Inuit for 'hello' and “goodbye”). Its roots can be traced back to Parry Sound band The Georgian IV who formed in 1964. David Clayton-Thomas Bossmen guitarist Jack Mowbray joined the Georgian IV and they changed their name to The Georgian People. Bossman pianist Tony Callacott joined shortly thereafter.

After the release of their only album, they began to lose members. Original drummer Pat Little went on to become a respected session drummer and a member of such Canadian acts as the Modern Rock Quartet, Fludd and Diamondback; LeBoeuf would move on to a brief reformation of Motherlode, then Southcote, and finally, Offenbach; Mowbray formed a lounge act with his wife until retired from the industry; Stewart McCann left the music business and is now a University Professor of Psychology.

The first line-up of Renaissance was composed of former members of The Yardbirds, Keith Relf and Jim McCarty and produced by ex-Yardbird Paul Samwell-Smith. This came about after the breakup of The Yardbirds in 1968. At that time Jimmy Page put together a band called The New Yardbirds which then became Led Zeppelin.

Began working for TWA in 1952. Was in Pittsburgh PA for work. “there was a party of mainly airline people and I played guitar and sang a song or two. Some of the TWA folk too him to the local TV station where he performed live with “absolutely no ambition. This resulted in a recording contract.

As for the name Bendix: “I remembered the name of an immense aircraft factory in the USA and so I chose the name Bendix. Front cover shot at Dusseldorf Airport.